2014 will be another year full of blockbuster superhero films, starting with Captain America: The Winter Soldier in April to the epic X-Men: Days of Future Past this July. From 2000 to 2009 films based on comic book superheroes became huge global blockbusters. Most of them easily grossing over $100 million. Beginning with the popularity of Bryan Singer’s X-Men in 2000 and ending with the dark Watchmen in 2009, superhero and comic book films have become the genre of choice for most studios who wish to have a hit. Over the next couple of weeks I will look back at my favourite superhero films from the past decades. Today I will look back at my personal favourites from 2000 to 2009 where most of today’s hit franchises had their beginnings.

Plot: In the near future, people have developed mutant superhuman powers such as psychic abilities, healing abilities and weather control. Professor Charles Xavier runs a school to help these people control their abilities and use them for good.

Review: The first Marvel Comics film of the new millennium. Many people overlook this film as the first major hit featuring comic book characters. The film is expertly crafted by comic book fan director Bryan Singer. The X-Men pop off the page and onto the screen with relative ease, Singer tones down the colourful comic costumes with black leather military style costumes. The action scenes aren’t the best however the performances are top notch with the breakthrough definitely being Hugh Jackman as the popular Wolverine. Jackman created his signature career role as the indestructible loner. Also performances from Patrick Stewart as Professor X and Ian McKellon as Magneto help keep this superhero film feeling as realistic as can be. The film introduced a new aesthetic to the superhero genre and helped get other Marvel Comics off the page and onto the screen with great success.

Plot: Blade is a “Day-Walker” a half human, half vampire who can walk in the sun but keeps his vampire strength and spends his nights fighting vampires with his samurai swords. In this sequel Blade must make an uneasy alliance with the vampires as there is a deadly threat to vampires and humans called ‘The Reapers’.

Review: Wesley Snipes returns as Blade in a blood soaked adventure that mixes horror with action. Incredible action sequences and Guillermo Del Toro’s imaginative eye for monsters and make up effects make this a sequel that easily surpasses the quite boring original.

Plot: In an alternate 1985 where former superheroes exist, the murder of a colleague sends active vigilante Rorschach into his own sprawling investigation, uncovering something that could completely change the course of history as we know it.

Review: An excellent adaptation of Alan Moore’s epic graphic novel ‘Watchmen’. Snyder brings his visual flair from 300 to this dark more adult comic book film. One of the first superhero films to be rated R in America and to feature high impact violence, blood, language, nudity and sex scenes. Top performances from all involved especially Jackie Earle Haley as the tormented Rorschach. Costume design, special effects and direction are all brilliant. However clocking in at almost three hours it did test the patience of most of its viewers. One of the more underrated films of the 00s which should have had a stronger audience.

Plot: Billionaire arms dealer Tony Stark is kidnapped in Afghanistan and forced to build weapons for the enemy. He instead secretly builds himself a super suit and escapes. Upon his return he decides to change his past ways and become a hero.

Review: The film that brought Marvel Studios and Robert Downey Jr. to extreme success. This is a very tight, fast paced story that set the tone for the numerous Marvel adventures yet to come. Jon Favreau’s sharp direction matched with Robert Downey Jr’s confident portrayal of Tony Stark made this film endlessly watchable and enjoyable for all film lovers. The film became a financial hit and helped Marvel establish their own studio and follow up with other hits such as The Incredible Hulk, Captain America, Thor and the all star ensemble The Avengers. Looking back it all started here with a relatively unknown superhero compared to Spiderman and Batman, Favreau and Downey were able to transition Iron Man into the mainstream with a realistic and modern take on the character. Mixing real world politics with excellent special effects and playful dialogue it’s hard not to love Iron Man. 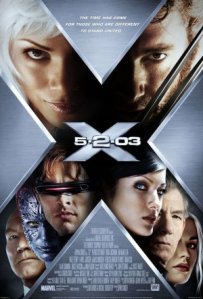 Plot: The X-Men reunite to confront a new threat in the form of a mutant assassin and a deadly politician behind a conspiracy to end mutant life once and for all.

Review: The epic sequel to X-Men is bigger in every way than the original. The characters all have more at stake, the themes are richer, and the action bigger and better and the direction and performances are all at their peak. Possibly the best X-Men film yet as each actor is more confident in their roles. Singer is more confident in his directing, staging epic battle sequences like the airplane chase and the final in the secret bunker. The threat is greater also as the mutants have to fight each other and politicians who wish for them to be gone once and for all. This film changed the way superhero films could be with a bigger budget and more confidence from the studio, the age of the blockbuster superhero film really began here. 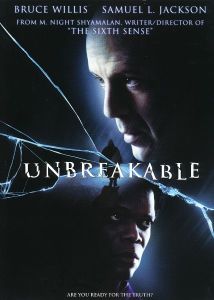 Plot: An average family man begins to discover he may have supernatural powers after surviving a dangerous train crash.

Review:The first film on this list not to be adapted from a comic book however it deals with the idea and mythology of a superhero. A more realistic take on the superhero genre and a quiet, understated film that is often overlooked as director Shyamalan’s The Sixth Sense, which came out a year before, was so successful and audiences were expecting another horror story. However looking at it from a fresh perspective one can find an emotional drama filled with fully realised characters, excellent understated performances and a slow and carefully moving narrative that builds to a very satisfying conclusion. Excellent performances from Bruce Willis and Samuel L. Jackson and assured direction from an early and confident filmmaker M. Night Shyamalan. His films are now notoriously hated however his early works were brilliantly told tales of human drama mixed with a dash of the supernatural.

Plot: After the traumatic death of his parents, a young Bruce Wayne plans on ridding crime on the streets of Gotham City forever by becoming a masked vigilante known as the Batman.

Review: After the disaster of Batman & Robin in 1996, the character and films of Batman needed a makeover. Director Christopher Nolan fresh off successful indie thrillers, Memento and Insomnia, proved up for the challenge of handling a big budget production and breathing new life into the Batman mythology by creating a darker, grittier vision of Batman and the citizens of Gotham City. Nolan gave shades of grey to every character in the Batman universe and populated his films with excellent actors such as Christian Bale, Michael Caine and Morgan Freeman to give his film a respectability that was greatly needed in the 90s films. Nolan proved adept at bringing Batman into the new millennium and established himself as one of todays most successful and creative directors. This film reintroduced Batman to a new audience and paved the way for a more serious and adult audience for superhero films.

Plot: As Peter Parker struggles with his life as Spider-man he must face a new threat from his mentor Dr. Octavious aka Dr. Octopus.

Review: Sam Raimi again excels at bringing Spider-man to the screen. With another excellent performance from Tobey Maguire as Peter Parker, we see the downfall of having an alter-ego. Peter must sacrifice his love, his career and his family to help the people of New York and as life becomes increasingly difficult he must ultimately face a choice of whether he is obligated to be Spider-man. An excellent sequel which delves deeper into the character of Peter Parker rather than piling on the action and villains (Unfortunately Spider-man 3 suffers from this). Raimi brings his Evil Dead style to the character of Dr. Octopus especially in the scene where his tentacles begin having a life of their own and attack his doctors. The train sequence alone is worth the price of admission. One of the great superhero films. 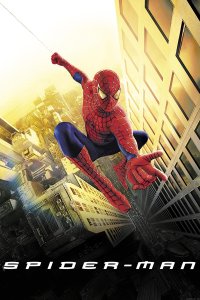 Plot: A nerdy teenager named Peter Parker develops spider like supernatural gifts when he is bitten by a radioactive spider on a school excursion. As he becomes the superhero known as Spider-man he must deal with juggling career, love, family and friendship while defending New York City from the villainous Green Goblin.

Review: Although many critics prefer the sequel my heart still belongs to the original feature. Seeing Spider-man come alive on the cinema screen was truly inspiring as I loved the comics as a child and teenager. Sam Raimi showed real appreciation for the comic source as he not only dazzled audiences with Spider-man swinging through the city, he also spent time on the quieter moments and developed the characters of Peter Parker, Mary-Jane, Harry, Norman and Aunt May to add heart to a common origin story. Tobey Maguire excels as a nerdy teenager who grows in himself and realises his full potential as he slowly grows into a man with superhuman abilities. One of the biggest superhero films of the 00s this truly was the dawn of the superhero blockbuster.

Plot: Batman meets a new force of evil in the Joker a diabolical clown hell bent on destroying not only Gotham City but the hearts of the heroes within.

Review:Truly a masterpiece. Not only the best superhero film of the 00s but one of the best films of all time. Christopher Nolan showed a new side to the superhero genre and proved that they can be ranked with cinema greats such as The Godfather and Star Wars. Building on the aesthetic he created with Batman Begins, Nolan pushes the characters into darker corners with the introduction of the Joker. The direction is flawless and the acting is revelatory. Heath Ledger’s iconic performance will never be surpassed and truly brings this film to another level. Christian Bale and Aaron Eckhart also excel in their roles as the heroes obsessed with bringing down the criminals at any cost. A brilliant crime film and impressive in every way. Definitely one of my favourite films and truly a cinematic great.